On November 27th, nine days after being pulled unconscious from a house fire in a beachfront home in New London, Connecticut, Tony Hsieh, the former CEO of the online shoe retailer Zappos, died due to complications of smoke inhalation.

Hsieh, who was single and had no children, was just 46. Although the cause of the fire is still under investigation, law enforcement ruled his death accidental.

At the time of his death, Hsieh was worth an estimated $840 million, but in spite of his immense wealth, it seems he did not have a will. While it’s not uncommon for the rich and famous to die without a will, and many iconic figures—Prince, Aretha Franklin, and most recently, Chadwick Boseman—also died without creating this basic planning document, Hsieh’s case is particularly puzzling given his altruistic nature.

Hsieh was renowned for his kindness, generosity, and always putting others first, yet by dying without a will, he left his loved ones a colossal mess to clean up. Indeed, it will likely take his family many months just to account for all of his assets, and it’s likely they will overlook—and may even never find—some of those assets.

From there, Hsieh’s estate will have to go through the court process of probate, which could last years and rack up hefty lawyer fees. And after all of his debts are settled and creditors paid, Hsieh’s family will face an enormous federal tax bill that could run into the hundreds of millions.

By all accounts, Hsieh’s death at such a young age is horribly tragic. But it’s equally tragic for such a brilliant and compassionate individual to have wasted the opportunity to do real good with the assets he created and to needlessly put his loved ones through such an ordeal.

Although it may seem harsh to lay such a judgment on Hsieh, who was reportedly suffering from mental health and substance abuse issues in the last year of his life, we do so from a place of true compassion. Indeed, we cover this case and others like it in hopes that it will inspire you to remember that death comes for us all, often when we're least expecting it. And without any planning in place, you are forcing your loved ones to endure a costly legal process and the unnecessary loss of wealth and assets you worked so hard to build.

While the loss to Hsieh’s family, and the charitable causes he would have likely supported, will be immense, his family can afford to pay the lawyers, the court costs, and the taxes. Though you likely have a much smaller estate than Tony Hsieh, the actual cost of loss to your family, if you don’t plan, could be much higher on a relative basis.

But here’s the good news: All of this suffering can be easily avoided with planning. And you don’t have to be a multi-millionaire to create a plan that’s guaranteed to protect and provide for your loved ones no matter what happens to you.

Hsieh grew up in San Francisco, the son of Taiwanese immigrants and the oldest of three boys. A graduate of Harvard, where he studied computer science, Hsieh started his first company, LinkExchange, in 1996 with his college buddy Alfred Lin, who would become his close business partner.

LinkExchange was one of the first major digital advertising firms, and two years later, at age 24, Hsieh sold it to Microsoft for $265 million. After selling LinkExchange, Hsieh and Lin launched the venture capital firm, Venture Frogs, which is how he met another young entrepreneur named Nick Swinmurn, who pitched Hsieh the idea of starting an online shoe company.

That company would become Zappos, which ultimately defined Hsieh’s career and set in motion his vision for life and business. As CEO, Hsieh made it clear that Zappos was far more than just a shoe retailer: Zappos was about “delivering happiness” and “a WOW experience.” Zappos focused heavily on customer service, and famously offered customers free shipping and complete refund on all shoes for a full year after purchase, with no questions asked.

Hsieh’s leadership proved highly successful, and Zappos saw its sales go from $1.6 million in 2000 to $252 million in 2005. In 2009, Hsieh sold Zappos to Amazon for $1.2 million in stock, while staying on as the company’s CEO. Jeff Bezos was reportedly so impressed with the way Hsieh ran the company, he allowed the young entrepreneur to continue running the brand with very limited oversight.

In 2005, Hsieh moved Zappos headquarters from San Francisco to Las Vegas, where he invested $350 million of his own money to transform a once seedy part of town into a hub for arts, culture, and tech. As part of the project, Hsieh created a community of 30 Airstream trailers, where he himself lived for years with his pet alpaca named Marley.

In an interview with the Las Vegas Review-Journal, Hsieh said the community was inspired by his experience at the Burning Man festival. He described the 1-acre park as an "urban camping experience with everyone sharing the world's largest living room, which includes a community kitchen, a firepit, and a stage.”

Hsieh’s interest in fostering community and connection with the Las Vegas project, Airstream park, and other ventures reflect the young business guru’s overarching vision—which was about more than just retail.

Around the time Hsieh moved into the trailer park in 2014, he started to lose touch with many of his old friends. While many of his peers had gotten married and started families, Hsieh remained single and developed a reputation as a heavy partier.

According to a cover story on Hsieh’s life and business accomplishments in Forbes Magazine, the young entrepreneur was always a heavy drinker and known to use recreational drugs, but in later years, his drug use became more frequent. What’s more, close friends noted that Hsieh also suffered from mental health issues, including insomnia and depression.

Hsieh’s struggles with depression and substance abuse reportedly intensified in early 2020, as the quarantines from the COVID-19, which hit Las Vegas particularly hard, put an end to the parties and nonstop action the young entrepreneur craved. In January, right before the pandemic exploded, Hsieh attended the Sundance Film Festival in Park City, Utah, and fell in love with the upscale ski resort town.

Vowing to recreate his Vegas utopian community in Park City, Hsieh decided to relocate to the town, purchasing some $70 million worth of property around the area, while establishing a $30 million angel fund to help local businesses and startups. In the spring, he split his time between Vegas and Park City, but by the summer, Hsieh made Utah his new full-time residence.

Hsieh’s new home and the centerpiece of his Park City properties was a $16 million, 17,350-square-foot mansion with a private lake he called “The Ranch.” During his transition from Vegas, Hsieh reportedly promised to double the salary of friends who would agree to relocate to Park City and help him in his quest to revamp the community.

According to Forbes, at least several dozen friends took Hsieh up on his offer and moved to Utah with him, where they lived for free in some nine properties he purchased in the high-end Aspen Springs neighborhood. In Park City, Tony helped many local entrepreneurs and propped up local businesses struggling to stay afloat during the pandemic with lavish spending on restaurants, bars, limos, and concierge services.

While Hsieh initially relocated to Park City to focus on “health, wellness and rehabilitation,” by the late summer, friends and family reportedly became concerned with his increased drinking and drug use. Longtime friends found it hard to reach Hsieh, who grew increasingly isolated, surrounding himself with a new group of younger friends, most of whom were on his payroll.

According to Hsieh’s close friends and colleagues who spoke with Forbes, Tony’s new entourage of friends, he dubbed, “The Park City Crew,” were encouraging him to indulge in more frequent drug use, which his old friends felt was getting out of control. At the same time, he grew more isolated and even paranoid, and at one point, a team of security guards Hsieh hired basically barricaded sections of his main house, “blocking anyone who didn’t have Tony’s permission to enter,” according to Forbes.

In August, it was announced that Hsieh was retiring from Zappos after more than two decades at the helm. Although the timing of his retirement was suspect, Amazon denied pushing Hsieh out, and insisted that stepping down was his own decision, according to Forbes. Whatever the case may be, his friends and loved ones became so worried about his condition, they staged several interventions in order to convince him to seek help.

Apparently, the interventions worked. Hsieh was reportedly planning to check himself into a rehab facility shortly after a planned visit to see friends and family in Connecticut for the Thanksgiving holiday. But as we now know, Hsieh’s plans to turn his life around were tragically interrupted.

Next week in part two of this series we will cover the last days of Tony’s life and how his lack of estate planning created a nightmare burden for his family that is only just getting started. 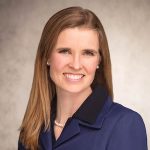